Due to refurbishment of the changing rooms at Eastwood High Sports Centre the swimming pool and gym are now closed. Please use our other leisure centres during this time. Please note, indoor and outdoor fitness classes will run as normal. For opening times click here

The Shee In Concert

The Shee are an exceptional band boasting powerful and emotional vocal performances and instrumental prowess. Featuring the talents of BBC Radio 2 Folk Musician of the Year 2017, Rachel Newton on Harp, Sting’s clogger of choice, Amy Thatcher, on Accordion.

Scottish-Icelandic percussionist, Signy Jakobsdottir, is now a permanent member of The Shee. Nominated for musician of the year at the 2019 Scots Trad Music Awards, Jakobsdottir joined the band for a number of handpicked shows in recent years, designed to augment and experiment with the band’s sound, taking old favourites to new aural places and to make possible a whole new avenue of arrangement and songwriting. The experiment worked, with Signy signing on the dotted line and taking up a permanent slot in the line-up from 2022 onwards.

Harpist and singer, Rachel Newton, says: ‘We are currently enjoying exploring much of our past material with the new line-up, including numbers we haven’t played for years or hadn’t attempted live before. Having the percussion has opened up new opportunities for us musically, and it’s really exciting to hear how Signy’s input enhances our work and brings out aspects of the arrangements we might not have noticed before. 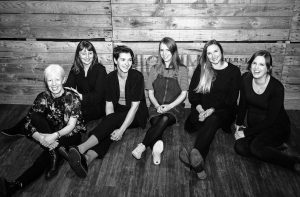 We do not charge booking or transaction fees for any of our performances. Please note, the preferred ticket delivery option is E-ticket.

You can log-in to view your order & e-ticket here.